The good news is that it is incredibly easy to prepare and can even be made ahead of time. Ready to get started? Let's make Danish Apple Trifle!

How to Make This Recipe

What is a trifle?

A traditional trifle (usually of English origin) consists of layers of fruit, sponge cake and custard and/or whipped cream. It's usually served in a glass dish to show off its pretty layers.

How does an Danish Apple Trifle differ from other trifles?

A Danish Apple Trifle is different from a traditional trifle in that it is always made with a cooked apple compote as the base of the recipe and uses caramelized bread cubes or bread crumbs instead of cake. It also usually includes a whipped cream layer or two but no custard.

How do I store this dessert?

Can I freeze this dessert?

You can't freeze the whole trifle, but you can freeze the apple compote and the bread crumbs. Store the compote in an airtight, freezer safe container an freezer for up to two months. Transfer the caramelized bread cubes to a freezer bag and seal tightly. They will keep for a couple of months as well. Thaw the compote in the refrigerator and the bread cubes on the counter. Make the whipped cream and assemble as directed!

Can I make this Danish Apple Trifle ahead of time?

Yes! Make these individual trifles at least 2 hours and up to 8 hours prior to serving, cover with plastic wrap and store in the refrigerator. You can also consider making the compote and/or bread cubes ahead of time. The compote will keep for about a week in the refrigerator, and the bread cubes will keep in a tightly sealed container at room temperature for up to 3 days. OR you can store the compote and/or bread cubes in the freezer for a couple of months (see the FAQ above for more information).

Can I make one big trifle rather than individual servings?

Yes you can! Simply use one glass larger bowl and layer the dessert as directed. When you are ready to serve, spoon individual portions into smaller serving bowls.

How can I vary this dessert?

Consider adding a drizzle of caramel sauce (either homemade or store bought) on top of each apple layer (an a little on top as well) to create a Danish Caramel Apple Trifle! You could also make Cream Cheese Whipped Cream instead of the regular whipped cream and create more of a Danish Apple Cheesecake Trifle (or even a Danish Caramel Apple Cheesecake Trifle if you like). These variations are not traditional but they are delicious!

Looking for more delicious Scandi-inspired apple recipes? Check these out! 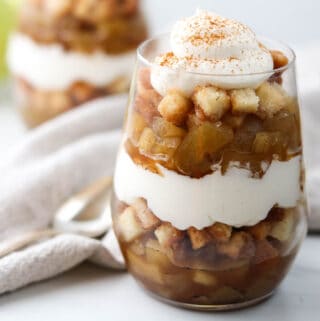 If you loved this recipe, give it a star review! Also, snap a picture of your Danish Apple Trifle and share it with me on Instagram using the hashtag #truenorthkitchen and tagging me @true_north_kitchen. 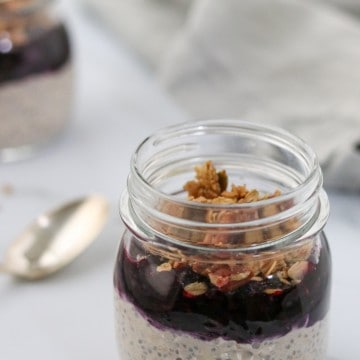 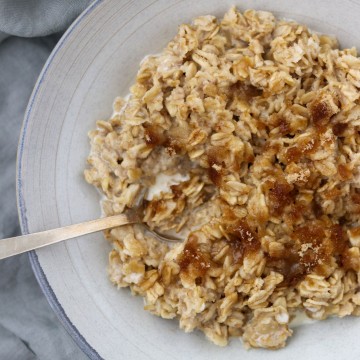 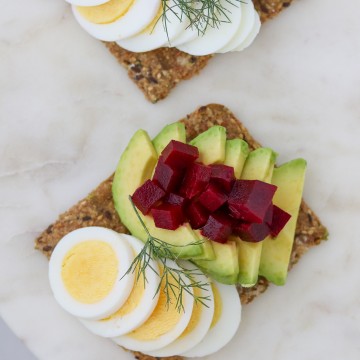